I’ve had two of my closest friends quit their jobs over the past few weeks and that got me to thinking. I’ve always preached that you shouldn’t work for work’s sake. Everyone has a passion and should be able to live their lives in pursuit of that passion. I was always pretty disappointed when my friends out of college took the first job offer that was put in front of them when I knew that the career path they set out on was not in their true best interest. I feel as though many of us try to follow the “American Dream” by going to a good school and then climbing the corporate ladder, only at the end to find out that the money is not all that worth it. This all reminds me of the story of the Mexican Fisherman, that I coincidentally enough saw posted in a Jimmy John’s yesterday:

An American investment banker was at the pier of a small coastal Mexican village when a small boat with just one fisherman docked.  Inside the small boat were several large yellowfin tuna.  The American complimented the Mexican on the quality of his fish and asked how long it took to catch them.

The Mexican fisherman said, “I sleep late, fish a little, play with my children, take siestas with my wife, Maria, stroll into the village each evening where I sip wine, and play guitar with my amigos.  I have a full and busy life.” The American scoffed, “I am a Harvard MBA and could help you. You should spend more time fishing and with the proceeds, buy a bigger boat. With the proceeds from the bigger boat, you could buy several boats, eventually you would have a fleet of fishing boats. Instead of selling your catch to a middleman you would sell directly to the processor, eventually opening your own cannery. You would control the product, processing, and distribution. You would need to leave this small coastal fishing village and move to Mexico City, then LA and eventually New York City, where you will run your expanding enterprise.”

The Mexican fisherman asked, “But, how long will this all take?”

“But what then?” Asked the Mexican.

The American laughed and said, “That’s the best part.  When the time is right you would announce an IPO and sell your company stock to the public and become very rich, you would make millions!”

The American said, “Then you would retire.  Move to a small coastal fishing village where you would sleep late, fish a little, play with your kids, take siestas with your wife, stroll to the village in the evenings where you could sip wine and play your guitar with your amigos.”

So here’s to nothing. I vow to find my passion and pursue what I love everyday. It’s getting harder and harder to work my butt off at work when I truly don’t want to be there. Here’s to never working a day in my life.

“Here’s to the Crazy Ones. The misfits. The rebels. The trouble-makers. The round pegs in the square holes. The ones who see things differently. They’re not fond of rules, and they have no respect for the status quo. You can quote them, disagree with them, glorify, or vilify them. About the only thing you can’t do is ignore them. Because they change things. They push the human race forward. And while some may see them as the crazy ones, we see genius. Because the people who are crazy enough to think they can change the world – are the ones who do.”

A very honest and impassioned look at piracy and how it affects artists. I recommend reading this if you get the chance.

Recently Emily White, an intern at NPR All Songs Considered and GM of what appears to be her college radio station, wrote a post on the NPR blog in which she acknowledged that while she had 11,000 songs in her music library, she’s only paid for 15 CDs in her life. Our intention is not to embarrass or shame her. We believe young people like Emily White who are fully engaged in the music scene are the artist’s biggest allies. We also believe–for reasons we’ll get into–that she has been been badly misinformed by the Free Culture movement. We only ask the opportunity to present a countervailing viewpoint.

My intention here is not to shame you or embarrass you. I believe you are already on the side of musicians and artists and you are just grappling with how to do the right thing. I applaud your courage in admitting…

A little follow up to last month’s “Just Do It” posting. Part of today’s workout was 4×20 36” box jumps… at the end of our leg workout. Not the easiest thing in the world. As I began each set I told myself to keep a fierce pace and to not stop until I hit 20, no matter how hard it was. This wasn’t easy but made getting through the sets more manageable than I would have thought. There were a few times when I tripped or got a bad jump and couldn’t make it up and the next one or two jumps became increasingly more difficult, but the last two sets when I was able to successfully make each box jump made the sets seem easier (even though I was actually putting in more cardiovascular effort). This was juxtaposed with my coach who would do 5, rest for a second, do 8, rest for a second, and try to punch out the rest. To be honest he is just as if not more mentally tough than I am, but the rest built up more lactic acid and made each successive jump that much more difficult. So to reiterate the “Just Do It” slogan: When you fall off your horse, get back on it as quickly as you can because the horse might just run away. I read an article once called “Thinking Between The Gap,” which focused on making the right decisions when faced with an immediate problem. For example: running a 10k and “hitting the wall” at 7k, those who make a conscious decision to push through it will be successful in the race vs. the ones who decide to back off. These decisions during crunch time or during your race are not made then and there, they are made in training and in life when you make the effort to correctly “decide within the gap” consciously and consistently in life. My perseverance today will hopefully bode well for me in the future, I will make an effort to continue to make similar decisions so that when faced with adversity in the future I will be programmed to make the right choice 🙂 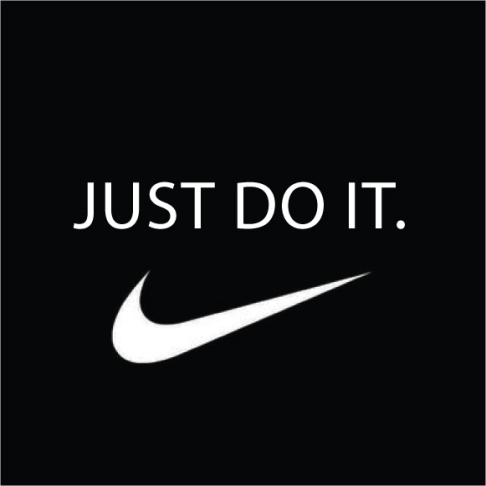 One of the easiest ways to keep sane and enjoy life is to just do it. There is no time like the present, and nothing is keeping you from doing anything at the present moment (unless there’s a gun to your head). There is nothing more frustrating than walking into a room when there is shit everywhere.

Scenario: Felt really motivated some random afternoon and after drinking a cup of coffee and listening to the Rocky Theme, you feel invincible and ready to take on anything in the world, i.e: cleaning. So you sweep the kitchen, do the dishes, vacuum everything, do the laundry, etc. At the end of the day there’s nothing that you want to do but drink a beer, so you crack a refreshing silver bullet and bask in all the glory.

Whenever I get the rare opportunity to lay on the couch and watch whatever I want (i.e: when the roommates are out) I usually try to indulge myself with something moving or somewhat educational. That usually leads me to netflix’s extensive (haha) array of documentaries. I have always seen Life In A Day in the documentary list but always tended to look past it and move on to stuff seemingly more interesting (Exit Through the Gift Shop – a documentary about street art and in particular the ever evasive Banksy, highly recommended and quite cool). But since I have already watched all of the sports documentaries that seem interesting and couldn’t find anything on the tube to watch I decided to give it a try. END_OF_DOCUMENT_TOKEN_TO_BE_REPLACED 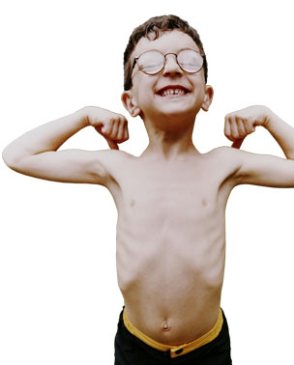 I got my butt kicked mightily today. Thought the workout would be somewhat simpler than it was, turned out to be a 25ish minute long ass-kicking (plus a bonus for all of you workoutaholics), P.S: I LOVE WORKAHOLICS. Today focused on back, legs, biceps, and abs. It hurts so good… END_OF_DOCUMENT_TOKEN_TO_BE_REPLACED

I will fill y’all in on yesterday’s and today’s workout. Yesterday was a mixture of back/arms/legs. Today’s has two one strictly abs and one crossfit based in legs/back/chest.

Today’s workout consists of two crossfits that we did tonight, the first one is strictly abs, the second is cardio/chest/back. Hope you enjoy 🙂 END_OF_DOCUMENT_TOKEN_TO_BE_REPLACED

Over the past week I have had several important conversations and interactions regarding coaching and the limitations and struggles that coaches have with their athletes. Over the past several months I have had the opportunity to coach a great swim club with talents ranging from the barely floating to the Olympic hopefuls. Somewhere in the middle of this pack is what boggles coaches minds and more specifically made me a little crazy this morning. END_OF_DOCUMENT_TOKEN_TO_BE_REPLACED

A humorous and truthful view of each of the life’s instructions from my great friend, Mr. Dr. Perry.

I recently came across a list of “life’s Instructions” some of them had merit, but I did not agree with all of them.  Below is my response to each of these: My responses are the blues.  obviously

We did 10 of each exercise in succession for four rounds, not timed.

Note: We worked out in our little apartment fitness center so the weights we did were merely what they had (janky multipurpose machine and dumbbells up to 50 lbs).